All your heritage is evil Mr. White America. Would you like to buy a Slurpee?

First of all, let me remind the readers of something that is very important.

DO NOT TALK TO THE POLICE, EVER!

It is never in your own best interest, no matter what Officer Friendly tells you. If you’re being investigated, show them your ID or tell them your name, address and birth date, and after that all you tell them is you’re not answering questions, and you want a lawyer. That’s it. Nothing more.

There are some finer legal points about when you actually even have to identify yourself, but in this context, showing ID and clamming up is the best advice you’re gonna get. 100% of criminal lawyers agree.

In a hate crimes complaint, the U.S. Department of Justice has identified a criminal defendant’s tattoo of the Confederate flag as “indicative of white 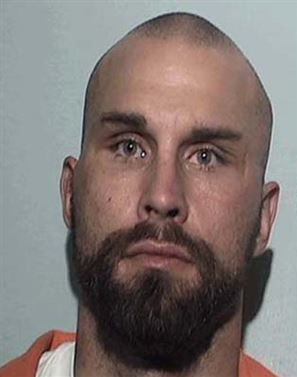 supremacy,” according to court records.

Federal prosecutors today announced the filing of criminal charges against a pair of Toledo, Ohio residents in connection with the beating of Adrian Williams, 46, in mid-May. A U.S. District Court complaint alleges that Charles Butler, 33, and Robert Paschalis, 25, assaulted Williams “because he was black.”

In a section of the complaint titled “Evidence of Racial Animus,” the federal agent also noted that

Butler has “numerous tattoos indicative of white supremacy, including the German War Eagle, a portrait of Adolph Hitler, a Swastika and a Confederate flag.”

Following his arrest by Toledo cops, Butler claimed that the beating victim called him a “cracker” due to “his Confederate flag and the ‘Don’t tread on me’ sticker on his truck,” according to the criminal complaint.

You see what he did to himself there?

By talking to the cops, he gave them enough details for the SJW department of the DOJ (and likely local and state prosecutors) to spin a narrative. He gave them enough ammo to shoot down any claim of self-defense (or mutually agreed combat, aka a fight) and now it’s all about a couple of “KKK Nazi White Supremacists who just wanna hurt the poor colored people” beating a historically oppressed individual of excess melanin because they hated him for the color of his skin.

They’ll even use the defendant’s assertion that he called him a “cracker” as proof of his anti-black racism, rather than as evidence of anti-White racial hatred on the Negro’s part.

That’s how it works.

And remember, Hate Crime legislation was never crafted to protect us as Whites. It was always written to punish us.

So there you have it. Here in this country our ancestors built for us, we are ruled over by a feral pack of hate-filled non-Whites and anti-White cucks who have seen to it that we have a two-tiered set of laws, on the one hand assuming non-Whites and anti-Whites are always saintly victims, while on the other asserting that Straight White Males are the chief menace to society, a caste of untouchables for whom a special set of punitive laws must be enforced to make certain they don’t think unapproved thoughts.

And, it would seem, they now have a strike force of dothead Indians in both parties who are waging war on Southern heritage and all it’s most sacred symbols. The Democrats have Vanita Gupta, the GOPe has Nikki Haley (nee Nimrata Nikki Randhawa).

Such a true American and Southerner…

Now they’re doing all kinds of neat things, like pretending to be Microsoft Tech Support to steal from old White people who don’t understand computers and the internet, all the way up to having their hairy first-generation females tell us what we as Whites are allowed to say, think, and display in our own country.

Because it’s all a beautiful melting pot and we’re all the same, amirite?

[Editor’s Note: On the point of not talking to cops, watch the below video ALL THE WAY THROUGH if you haven’t already. It could save you from being thrown in prison for years – or the rest of your life. –AA]

This reader-funded site is the most censored publication in history.