NBC News: Multiple law enforcement officials in Canada and the U.S. say the preliminary theory is that Minassian may have had mental health issues and had an online discussion about Eliot Rodger who went on a rampage at UC Santa Barbara. https://t.co/Zy5XybwFxS 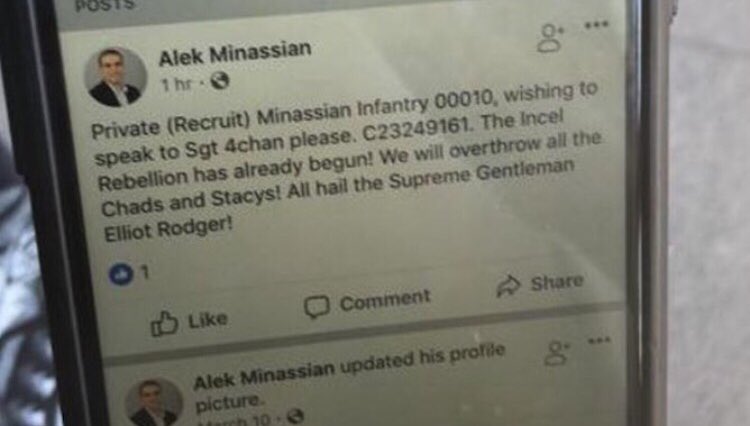 UPDATE : The Sun is reporting 9 deaths so far:

AT least nine people are dead after being struck by a van mounting a pavement in Toronto, Canada.

Cops were called to Yonge Street and Finch Avenue after a speeding white rental van hit pedestrians before fleeing the scene.

And this Tweet quotes witnesses saying it was a sandnigger:

I guess this is what you get for killing that voodoo shaman and then apologizing for a theoretical vote for Trump.

But thems the ropes.

Police have arrested a suspect after a white van mounted the curb and struck numerous pedestrians in Toronto.

The incident happened on Yonge Street south of Finch Avenue, according to the Toronto Police Service. Initial estimates suggest eight to 10 people were struck.

Witness Alex Shaker, who was driving southbound at the time, says the van was travelling at high speed on the sidewalk. The van was also southbound.

“He started going down on the sidewalk and crumbling down people one by one,” Shaker told CTV News Channel on Monday afternoon.

Shaker said he saw the vehicle strike someone with a stroller.

“He just destroyed so many people’s lives,” he said. “Every single thing that got in his way.”

The extent of injuries is unknown and ambulances are on the scene. Photos posted online show multiple individuals on the ground.

Witness Phil Zullo, who was driving northbound, says he first noticed the commotion when he saw police taking down a male suspect.

Zullo says he continued north, where he saw “shoes and hats flown everywhere.”

Video shared with CTV News shows the suspect pointing a small, dark object at police, with his back to the van. Police can be seen taking cover behind their vehicle and shouting at him to get down.

“Get down!” the officer is heard shouting.

“I have a gun in my pocket,” the suspect can be heard saying.

“Get down or you’ll be shot!” the officer says.

The camera turns away from the confrontation for approximately eight seconds, then looks back to show the suspect on the ground, face-down, with the officer cuffing him.

That means we’ll have to repeal the Truck Amendment of the Canadian Constitution.

A lot of Canadians are like “you’ll take this steering wheel from my cold dead hands,” but sorry, the tragedy has to end.

I’m planning to stage a school walkout to ban trucks, vans, cars, mopeds – all of it.

It’s time to ban automobiles to stop the tragedy.

The youth are rising up.

Join the discussion at TGKBBS

This is a reader funded site. It is the most censored publication in history.